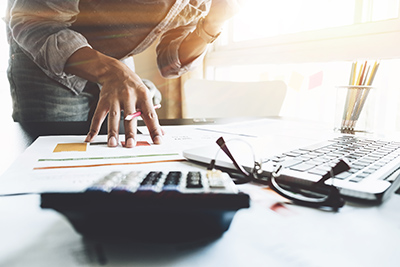 In a recent case in California, the Court of Appeals held that a surety who had issued a public works payment bond cannot rely on the “Pay-When-Paid” provision in the subcontract as a defense against the subcontractor’s claim against the payment bond.[1]  The case was a public works project in Kern County, CA where the North Edwards Water District (the “District”) hired Clark Bros., Inc. (“Clark”) as the general contractor to build an arsenic removal water treatment plant.  Clark hired subcontractor Crosno Construction (“Crosno”) to build and coat two steel reservoir tanks.  The subcontract included the following “pay-when-paid” provision, which provided a definition of “reasonable time”:

If the Owner or other responsible party delays in making any payment to the Contractor from which payment to Subcontractor is made, Contractor and its sureties shall have a reasonable time to make payment. “Reasonable time” shall be determined according to the relevant circumstances, but in no event shall be less than the time Contractor and Subcontractor require to pursue to conclusion their legal remedies against the Owner or other responsible party to obtain payment, including (but not limited to) mechanics lien remedies. (emphasis added).

A dispute arose between the District and Clark prior to the completion of the Project and work stopped; at the time, Crosno had completed most of its scope of work.  Clark ultimately commenced a lawsuit against the District.  Crosno asserted a claim against Clark, along with a payment bond claim against Travelers Casualty and Surety Company of America (“Travelers”) seeking to recover payments owed under the payment bond.  After years of litigation, Crosno filed a motion for summary judgment on its claim against Travelers, arguing that Travelers’ use of the pay-when-paid provision as a defense was contrary to California’s anti-waiver statute.

The issue before the trial court was whether the pay-when-paid provision in the subcontract precluded Crosno from recovering under the payment bond while the Clark lawsuit against the District was still being litigated.  The trial court held the pay-when-paid provision was unenforceable as to Crosno’s claim against Travelers, relying on an appellate case[2] which found a “pay-if-paid” provision unenforceable in a private contract based on Civil Code Section 8122, which reads:

An owner, direct contractor, or subcontractor may not, by contract or otherwise, waive, affect, or impair any other claimant’s rights under this part, whether with or without notice, and any term of a contract that purports to do so is void and unenforceable unless and until the claimant executes and delivers a waiver and release under this article.

Notably, the court in that case distinguished the use of impermissible pay-if-paid clauses from permissible pay-when-paid clauses that did not condition a payment, but merely impacted its timing to subcontractors.  The same ruling was also applied to a public works contract in a subsequent case.[3] In the Crosno case, the Court used the same reasoning and applied it to the pay-when-paid provision in the Clark-Crosno subcontract, holding that the provision acted as a waiver to Crosno’s claims against Travelers because it unreasonably impacted Crosno’s ability to get paid.

Comment:  Crosno is a favorable decision for subcontractors, further protecting subcontractors’ rights to recovery, but does not appear to be an absolute bar on pay-when-paid provisions.  If the payment will not be delayed for an unreasonable amount of time, the provision may still be found enforceable.  The facts specific to this case – “reasonable time” was defined as no less than the time to pursue claims against owner, the litigation had been ongoing for years, and the amount owing to Crosno was undisputed – set up well for Crosno to make its waiver argument.  While California is clearly shifting towards more protections for subcontractors in terms of these provisions, Washington courts still allow for Pay-If-Paid or Pay-When-Paid provisions.  Even still, clear and concise contract drafting of these provisions is important for enforceability.  Pay-If-Paid and Pay-When-Paid provisions have been the subject of a number of previous ACS blogs and can be found here.