Design-Build Contracting: Is the Shine Off the Apple? 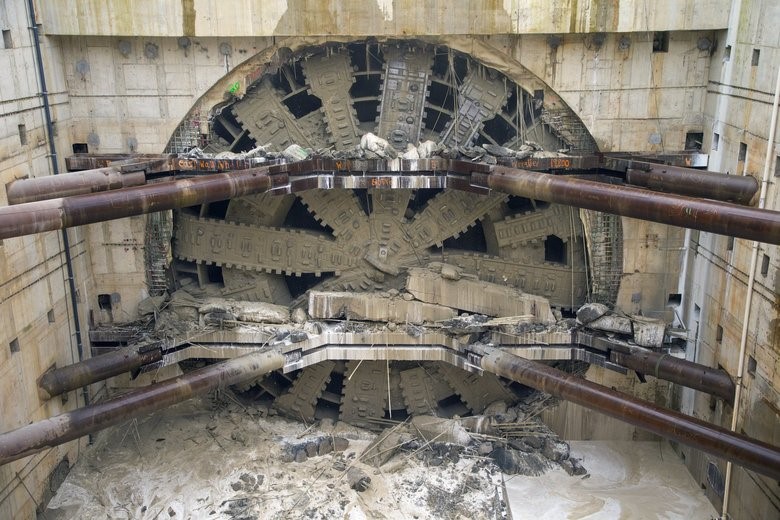 The design-build delivery method offers many benefits to owners. Among the cited benefits are that projects are generally completed faster, at a lower cost, by allowing innovative approaches through early and continual contractor involvement in the design process. The design contractor serves as a single point of contact responsible for both the design and construction of the project.

The Washington State Department of Transportation (“WSDOT”) utilized the design-build procurement method on the largest project ($2 billion) of its type in the state of Washington: the Highway 99 Tunnel, which was finished almost three years late after the tunnel-boring machine (“Bertha”) broke down six years ago. The sorted tale of the SR-99 Tunnel Project was the source of many of this firm’s blog articles.[1] The State of Washington staunchly maintained that the design-build contract protected its taxpayers from covering the repair costs to the tunnel-boring machine when it broke down in 2013. Bertha did not resume tunneling for almost two years, putting on hold removal of the Alaska Way viaduct and rebuilding of the Seattle Waterfront without an elevated highway.

In December 2013, the contractor for the project, Seattle Tunnel Partners (“STP”), contended that a 110-foot long 8” steel pipe which Bertha hit caused the breakdown. That pipe had been installed for groundwater testing by WSDOT in 2002 during its preliminary engineering for the viaduct replacement project. The project’s Dispute Review Board (“DRB”) composed of three tunneling experts found that the pipe constituted a “differing site condition” for which the State was responsible to disclose to contractors. The Board, whose views were non-binding, did not opine about how much damage the undisclosed pipe cost.[2] In other words, the mere fact that a differing site condition occurred did not establish that there was a causal connection between the damages which STP was seeking (in excess of $600 million) and the differing site condition (the 8” steel pipe which WSDOT lawyers at trial derisively referred to as “nothing more than a toothpick for Bertha’s massive cutter head”). STP maintained that Bertha had made steady progress except for three days immediately after hitting the pipe. It didn’t help the contractors’ case that during the discovery phase of the two-month trial, WSDOT lawyers uncovered documents showing that the contractor’s tunnel workers encountered and logged the pipe before digging began.[3]

Before the trial, STP was asking for $642 million in damages. That request was dropped to $337 million after the court rejected parts of the claims (the subcontractor claims which were allegedly not certified) before the trial. The jury, after deliberating less than one day, rejected the contractor’s $300+ million claim and awarded the WSDOT $57.2 million on December 12, 2019. One of STP’s prime contractors (Tudor Perini Corporation) which has a long record of litigation, indicated in an announcement to its investors that it is “disappointed with the jury’s decision and will appeal the verdict in this case…”[4] The outcome of this case casts a pall over the willingness of future design builders to participate in mega design-build projects.

This example is but one of many, indicating that not all is well in the world of alternative project delivery.[5] Jamie Peterson in the Forum on Construction Law writes that a number of major contractors are retreating from the design-build and private-public partnerships (“P3”) project arenas. P3 projects are design-build, operate, maintain and finance projects in which the contractor not only is the design-builder but finances the project and operates and maintains it for a period of time. Peterson reports that during the summer of 2019, SNC-Lavalin Group, Inc., Fluor Corporation and Granite all announced large quarterly losses resulting from mega-fixed-price alternative-delivery projects and stated that those losses were forcing them to alter their business strategies. SNC’s CEO, Ian Edwards, was quoted saying:  “I think the current model [design-build lump sum contracting] within our industry is broken.” Granite’s CEO, James Roberts, stated:  “[I]t is now clear that, especially in the context of these mega projects, the fixed-price design-build contract delivery model and public-private partnership…model resulted in an untenable imbalance in risk sharing.” Fluor has had similar experiences and Skanska quit the US P3 market last year electing not to pursue any work in which it would have an equity stake.[6]

Peterson raises the question as to whether or not the principles of equitable risk allocations are being followed in the public works design-build procurements. Specifically considering which party can best control the risk and its consequences, which party can best foresee and bear the risk, and which most benefits economically from controlling the specific risk.[7] In the world of design-build contracting, equitable risk allocation frequently does not occur due to the uneven bargaining power and short-sighted decisions by public owners to “flow down” risk to the design-build contractor that arguably should not be transferred.

Comment: Owners are in the best position to assess the project risks. This compressed time frame and the risk of these uncertainties being placed entirely on the design-builders are causing contractors to pull back from the alternative delivery project market. The solution appears to be that because owners are in the best position to know the pre-existing condition of their sites, design-build contractors should be given some price and schedule relief for risks which are entirely outside of the contractors’ control. This will be the subject of a future blog.