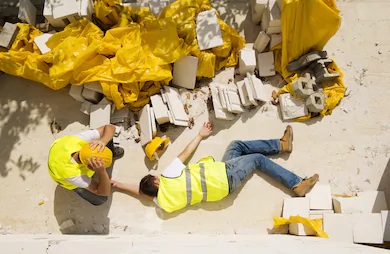 On November 21, 2019, the Washington Supreme Court handed down its decision in Vargas v. Inland Washington, LLC.[1]

At the time of the incident in May 2013, Mr. Vargas, the plaintiff, was helping pour the concrete walls for what would become a parking garage for an apartment building.  He was employed by Hilltop Concrete Construction.  Inland Washington was the general contractor, and subcontracted with Hilltop to pour concrete.  Hilltop, in turn, entered into agreements with Ralph’s Concrete Pumping and Miles Sand & Gravel to provide a pump truck, certified pump operator, and supply concrete.

A rubber hose carrying concrete whipped Mr. Vargas in the head.  It knocked him unconscious and caused a traumatic brain injury.

Vargas, through his guardian ad litem, along with his wife and children, sued Inland Washington, Ralph’s, and Miles.

The case reached the Washington Supreme Court which reversed all of the trial court’s rulings.

The Court found that Inland Washington was also potentially vicariously liable for the acts of others.  First, a general contractor may not delegate its common law duty to maintain a safe workplace or its statutory duty to comply with WISHA.  Second, a general contractor will be vicariously liable for the negligence of any entity over which it exercises control.

management to establish, supervise, and enforce … (a) A safe and healthful working environment.  (b) An accident prevention program as required by these standards. (c) Training programs to improve the skill and competency of all employees in the field of occupational safety and health.