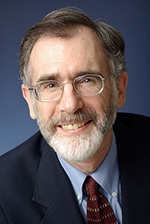 Michael E. Purdy, long-time participant in Seattle public works construction projects as an owner’s representative and consultant, was honored on Wednesday, April 20, 2011, as a “friend of the industry” by the Utility Contractors Association of Washington (UCAW). The honor conferred upon Mike is well deserved.

I first met Mike during a bid protests in 1982, when he was the contracting manager for the City of Seattle. I was representing a contractor and Mike was the City of Seattle representative. My client did not prevail on the bid protest, but I found a valuable contact in Mike. Since then, I count Mike among one of the very best resources for up-to-date information on construction contracting procedures. His distinguished career path took him from the City of Seattle to the Seattle Housing Authority, where he held the position of Contracting and Procurement Manager, to the University of Washington, where he served as the Contracts Manager. At present, Mike runs his own consulting business and is actively engaged in public contracting strategies, solutions, and training as Michael E. Purdy Associates, LLC.

I have recently gotten to know Mike as an active participant in CPARB (Capitol Projects Advisory Review Board). He has co-authored guidelines and procedures for contractor responsibility and is a frequent speaker for contractor organizations, owner public works associations on bidder responsibility, and a variety of other current topics. He guides public agencies and businesses in managing the complex world of public contracting by developing and implementing strategic contracting approaches and practices. Mike can be relied on to come up with creative solutions to challenging procurement and contracting problems, and is well known for providing clear, comprehensive and focused training in public contracting. Additionally, Mike is an avid blogger, addressing current subjects in public works procurement. In the words of UCAW Executive Director Mike Myette, who presented Purdy with the award, “We sometimes get more information from Mike than we do our own lobbyist.”

One of Mike’s endearing qualities is that he is as comfortable in a group of contractors as he is in a meeting of public works owners. Although his background is as an owner’s representative, his reputation for being fair and even-handed has won him the distinction of a “friend of the industry” and an honorary member of the Utility Contractors Association of Washington. Congratulations Mike!