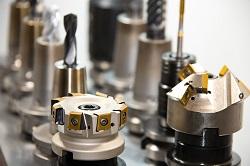 In a recent article published by Seattle Business Magazine, the Japanese manufacturer of the much-maligned tunnel machine (nicknamed “Bertha”) provided its version of events and its position to the public.  The interview took place after executives from Hitachi Zosen were not invited to the ceremony celebrating Bertha’s breakthrough at the end of its two-mile journey underground Seattle.  Ultimately, apparently, Seattle Tunnel Partners (“STP”), the general contractor for the project, and Washington State Department of Transportation (“WSDOT”) agreed that Hitachi Zosen executives could attend the event, but they were not allowed to stand with other dignitaries on a specially-built viewing platform.  The $3.2 billion Alaska Way Viaduct replacement project is embroiled in a number of legal controversies.  Now that the tunnel is finished, Hitachi Zosen has finally decided to tell its side of the story.

Hitachi’s problems started on December 5, 2013, three days after the tunnel-boring machine (“TBM”) hit a 120-foot long, eight-inch diameter steel well casing (the project DRB has determined that the pipe was a differing site condition), the TBM overheated and ground to a halt.  The project was shut down almost two years while the TBM was being repaired.  According to Hitachi Zosen, it always worked hard to get the job done. “We wanted to finish the tunnel and make Seattle happy with the results,” said Hidetoshi Hirata, the general manager for Hitachi Zosen.

Instead of being treated as a hero, Hitachi is now faced with lawsuits from both WSDOT and STP.  On the State’s side, Governor Inslee ridiculed the notion that the casing (the eight-inch steel pipe) left in Bertha’s path could have damaged the machine, insisting that the TBM should have been able to cut through it “like cheese.”  In Jay Inslee’s words, Hitachi Zosen messed up by building a boring machine that was “sort of a four cylinder Datsun.  It didn’t cut the mustard.”  Then, according to the Governor, Hitachi Zosen took it apart and rebuilt it in fundamental ways and finished it with a “F-150 8-cylinder Ford…a new machine that they redesigned because the first one wouldn’t work.”

STP, after suing its own insurance carriers for the $80 million it believed it was due on a policy, sued Hitachi Zosen to cover the cost overruns that were not recoverable from STP’s insurers.  If the eight-inch pipe is the cause of the TBM’s shutdown, the State may end up being liable for the substantial damages.  Hitachi Zosen asserts that the cause of the damages was a combination of improper operation by STP and the TBM’s encounter with the well casing, thus implicating STP (STP operated the TBM) and WSDOT (WSDOT would be responsible if a differing site condition, such as the eight-inch well casing, caused the machine to fail).  Hitachi Zosen’s project manager, Shinji Ogaki, indicated that the varieties of soils Bertha encountered underneath Seattle made operating the machine more complicated than the STP operators had been accustomed to, and that the STP operators had trouble keeping the soil at the right consistency. To maintain consistency, STP operators were required to mix expensive additives into the soil to soften the drill’s path, but STP declined to do so.  The high cost of the additives could have been a factor in that decision.  Hitachi further advises that if STP kept pushing when the soil was hard, and the machine kept reaching high temperatures, that could have stressed the machine and made the TBM more susceptible to damage when the machine hit the eight-inch casing.  Hitachi insists that although the pipe is only eight inches in diameter, it can do significant damage when it gets inside the TBM.  Hitachi Zosen also muses that STP stood to earn a significant early completion bonus of $25 million if the tunnel could have been completed ten months ahead of what was already an aggressive schedule.  That might have been a strong incentive for STP to push the machine to its limits.  According to the article, many of the experts that have looked at the TBM’s failure are skeptical that an eight-inch casing alone could have damaged a machine the size of Bertha.

The insurance carriers, of course, are not paying, since the root cause of the failure is indeterminate.  There is a lot of information and evidence indicating various causes for the TBM’s failure.  WSDOT is relying on the added steel as a ground to assert that the TBM was under-designed to begin with.  Hitachi responds that the steel was necessary to create a new seal on another surface of the machine and to replace support jacks that were removed for that purpose (implying that the added steel had nothing to do with the original design being inadequate.)  What really led to Bertha’s damage will be the subject of many lawsuits, expert opinions, and much testimony.

Patricia Galloway of Pegasus-Global Holdings, a renowned Cle Elum-based engineering and claims expert who was also Chair of the State’s three-member Expert Review Panel appointed by the state legislature as a neutral party to provide guidance, indicates irrespective of what criticisms, the state did an outstanding job putting together a solid contract with innovative provisions—particularly the provisions to handle disputes such as this.  When the legislature’s expert review panel set up a meeting with Hitachi Zosen executives to get their viewpoint on what might have been the cause for the TBM’s damage, WSDOT’s chief engineer refused to allow the meeting to go forward. The legislature has since cut off funding for the panel.  Ms. Galloway also points out that, although the state and contractor had agreed to resolve their disputes in a Dispute Review Board (DRB) process, both WSDOT and STP have stopped using the Board after the Board’s decisions did not go their way.  Galloway also reminds us that the tangible and intangible costs of deciding this issue in litigation are immense: “it will typically cost everyone more money as it is not simply a cost of lawyers, experts, and arbitrators…but the time of those who need to be involved in the process, which takes valuable resources from other projects.”