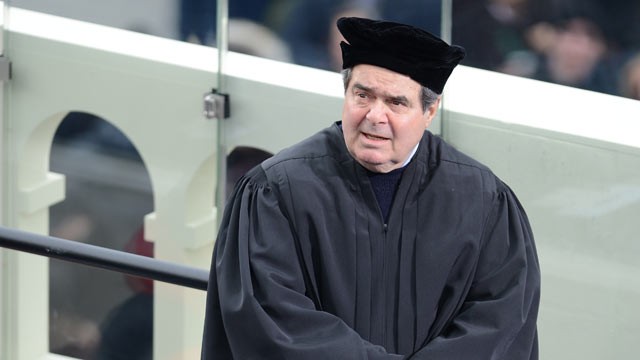 Justice Thomas, an African-American conservative Supreme Court Justice, recently made news because he “actually” spoke doing during a recent high court oral argument. Justice Thomas is best remembered for his sordid and grueling confirmation hearings that turned into a television spectacle. Since then, Justice Thomas has been very quiet on the bench.

In early years, the US Supreme Court was largely dependent on oral argument in place of briefs, and so Justices were inclined to ask a lot of questions (in effect, debate with advocates). After the 1830s, however, the Court adopted a more businesslike practice and oral exchanges between Justices and lawyers declined. Clarence Thomas has chosen to remain deliberately circumspect and taciturn during proceedings. Other Justices enjoy engaging in rhetorical duels with lawyers, but Justice Thomas prefers to keep his mouth shut and let the advocates make their case. The last time Clarence Thomas spoke during oral argument was seven years ago on February 22, 2006. His recent utterance during oral argument immediately sent the US Supreme Court experts scurrying to dissect the words Thomas had said to discern whether it was a joke, as many believed, and whether the joke was funny.

Here is the context: the issue before the court was whether the defendant’s court-appointed lawyers had been qualified to represent him in a very serious case. Justice Scalia (known for his tendency to engage lawyers) asked whether it was true that one of the lawyers was a graduate of Yale Law School and another a graduate of Harvard Law School.  The lawyer answered in the affirmative and Scalia quipped “son of a gun” and Justice Thomas said “well, there – – see, he did not provide good counsel.”  Inferring that a Yale or Harvard graduate law degree is proof of incompetency. The speculation being that Thomas was taking a shot at Yale Law, from which he graduated, but which he is known to have not liked much. The transcript confirms that Thomas did speak, but the words did not constitute a question therefore it remains true that Justice Thomas has not asked a question during Supreme Court oral argument for over seven years!

Justice Antonin Scalia drew a lot of attention during the inauguration ceremony because of the hat he was wearing. Theories ranged that it was an Olympic beret to a Renaissance era painter’s chapeau to perhaps a Vatican Palace guard hat (Scalia is an outspoken Catholic).

News reports are that the hat worn by Justice Scalia is actually a replica of the one worn by Sir Thomas Moore (born 1478 and beheaded by Henry VIII in 1535, canonized in 1935), who refused to approve Henry VIII’s divorce – a refusal that cost his head. The hat was apparently a gift from the St. Thomas Moore Society of Richmond Virginia and may symbolize Antonin Scalia’s stubborn resistance to authority, a determined conservative, or perhaps even an alliance to the Pope.  More likely than not, however, his head was cold and he just decided to wear a hat.

PrevPreviousContract Accrual Language Backfires On Public Works Projects
NextA Party Who Fails To Seek Discretionary Review Of An Order Compelling Arbitration Must Show Prejudice As A Condition Of Relief Of The Arbitration Award – An Error Without Prejudice Is Not Grounds For Reversal!Next
Scroll to Top