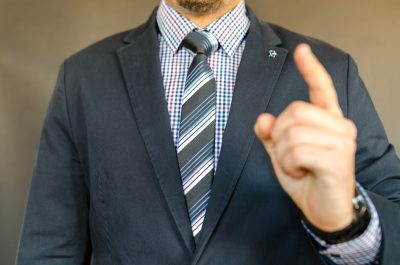 Rotech Healthcare, Inc., a healthcare contractor, recently successfully protested the award of a home oxygen and durable medical equipment contract by the Department of Veterans Affairs to Lincare, Inc. based on an unsupported past performance evaluation and allegations of an unequal discussion.  See GAO Protest File Number:  File:  B-413024 (August 17, 2016).  The Request for Proposals (“RFP”) provided that award would be made on a “best value” basis to the offeror whose proposal was most favorable to the government based on the following evaluation factors with the following possible ratings:

After the initial technical evaluation, only two of the eight offerors received an overall consensus of good:  Rotech and Lincare.  All other offerors were rated satisfactory.  The remaining factors were then reviewed for Rotech and Lincare, with the following results:

Because the ratings were equal, the contract was awarded to Lincare based on price (a $2.4-million-dollar savings).  Rotech protested on two grounds:  (1) Past Performance; and (2) Unequal Discussions.

First, Rotech challenged Lincare’s “good” Past Performance rating, arguing that there was no basis for such a rating because Lincare’s performance experience on similar size, scope, and complexity projects was minimal.  The Government Accountability Office (“GAO”) agreed.  Despite the significant discretion left to agencies in evaluating past performance, the GAO found that the record did not demonstrate that the agency had a reasonable basis for assigning Lincare’s proposal a “good” past performance rating.  There was no evidence that the projects relied upon by Lincare were of similar size, scope, and complexity (generally, the performance experience included private sector work with much smaller annual contract values).  Further, there were only two completed past performance surveys submitted.  Therefore, because the record was deficient, the protest was sustained.

Second, Rotech also protested on the basis that the agency conducted additional discussions that favored Lincare.  The agency requested final cost proposal revisions from both Rotech and Lincare, but when Lincare advised that its price was as previously stated, the agency contacted Lincare only and again requested revised pricing or confirmation within 48 hours.  Although Lincare again stated that its price was firm, Rotech asserted that the email constituted discussions with Lincare that excluded Rotech.  The GAO agreed finding that the communication allowed Lincare the opportunity to revise or modify its proposal, and Rotech was not offered the same opportunity.  Further, the GAO dismissed Lincare’s argument that the opportunity did not prejudice Rotech in any way (Lincare did not revise its bid), stating that the only issue is whether Rotech had the same opportunity as Lincare, and “the record is plain that it did not.”