Increasing Infrastructure Investment Through QPIBs – Opening the Doors to P3s 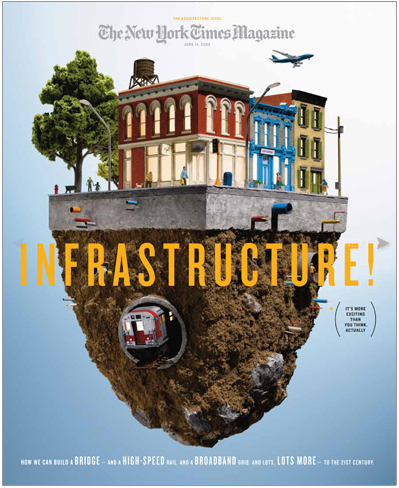 Public Private Partnerships (“P3”) generally involve a performance-based contract between a public sector (any level of government) and a private sector (usually a consortium of private sector companies working together) to arrange financing, delivery, and typically long-term operations and maintenance (O&M) of public infrastructure projects.  P3 contracts referred to as Project Agreements are typically awarded through the competitive bidding process.  The private partner is contractually obligated to fulfill the Project Agreement (at the risk of losing its investments), which binds its obligations as defined by the State.

P3s are less common in the United States than other countries mostly because of the federal tax subsidy of state and local government debt that is not available to projects in which a private developer has a long-term construction and operating responsibility.  The interest earned by buyers of municipal bonds is exempt from federal – and often state and local – taxation, while earnings on private purpose bonds are taxed.  In most other countries, interest on private and government debt is taxed equally.  The fact that in the United States public financing is taxed differently than private financing puts the delivery of infrastructure on private projects at a distinct financing disadvantage.[i]

P3 developers are often able to make up the extra financing costs through innovative design, construction, and operating efficiencies, but cheap municipal bond financing is a very tough hurdle to overcome.  Equalizing the net cost of debt, on the other hand, would allow the value of the efficiencies of private project adaptability and productivity to flow to facility owners and local taxpayers.  The P3 projects will happen only when and where the government wants them.  The government still specifies the projects’ service and safety standards, and will usually hold final say over pricing.

President Obama in his State of the Union speech on January 20, 2014, proposed levelling the financial playing field for private and public infrastructure investment by creating Qualified Public Infrastructure Bonds (“QPIBs”).[ii]  QPIBs would resemble existing “private activity bonds,” or PABs, which are federally tax-exempt bonds issued by or on behalf of a state or local government for the purpose of attracting private investment for projects with demonstrable public benefit.  These bonds are typically revenue bonds backed solely by income from the project itself, and importantly, not taxpayers.  The problem with PABs is that the amount that can be issued in each state and the permissible uses are sharply limited, and interest paid is subject to the Alternative Minimum Tax (“AMT”).  As a result, PABs have contributed only modestly to solving America’s infrastructure crisis.  The QPIB program has no expiration date, no limits on total amount issued, and interest on these bonds will not be subject to the AMT.  The Administration’s proposal appears to increase uses that PABs currently allow, including airports, ports, mass transit, solid waste disposal, roads, sewers, as well as water, which is not currently covered.

QPIBs are not free lunches.  As with any debt instrument, they need to be repaid.  User fees (tolls, fares, passenger charges, water fees, etc.) or “availability payments” – payments made by the government to a P3 developer contingent upon meeting service quality standards – will always be needed.  The advantage of P3s remain, however, delivering infrastructure faster for less money, and with lower risks to taxpayers.  Being able to get more projects constructed while relieving their creaking general government balance sheets is a very big deal for governors, county councils, and mayors, regardless of party affiliation.

The President has also recommended altering the century-old policy of giving a tax exemption to interest on municipal bonds.  He recommended a twenty-eight percent (28%) cap on income-tax deductions for the wealthiest households, which has prompted criticism from Washington’s Treasurer.  While QPIBs may increase infrastructure investment by permitting P3s to tap into previously unavailable funding sources, our Treasurer strongly denounces taxation of municipal bonds that remain the primary tool for financing and construction of schools and other basic infrastructure needs.[iii]