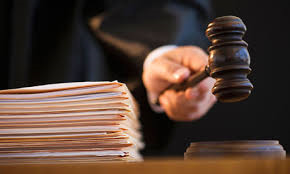 Division 2 of the Court of Appeals[1] recently addressed a property owner’s liability to a contractor who is injured performing work on their property.

The action arose from an incident in which Virgil Mihaila, a remodeling contractor, fell from a ladder while installing a new roof on the Troths’ shed and landed on a metal grounding rod that was sticking over a foot out of the ground. Mihaila saw the grounding rod as he was working and recognized the danger, but he claimed that he could not complete the roofing job without encountering it. Although he tried to position his ladder so that he would avoid the grounding rod if he fell, he somehow fell off the ladder and landed on the grounding rod, sustaining multiple rib fractures and a punctured lung.

Mihaila filed a complaint against the Troths, alleging that they were negligent in failing to protect him from the danger of the grounding rod sticking out of the ground. The Troths denied that they were negligent and asserted the affirmative defense of contributory negligence. The Troths filed a motion for summary judgment, which the trial court granted, stating that summary judgment was appropriate regarding the Troths’ duty because Mihaila “became aware of the risk, undertook to encounter the risk, and made his own efforts to mitigate the risk.” The trial court denied Mihaila’s motion for reconsideration and Mihaila appealed.

On appeal, Mihaila argued that the trial court erred in granting summary judgment in favor of the Troths because he was a business invitee on their property, the grounding rod posed an unreasonable risk of harm, and there is a question of fact as to whether the Troths exercised reasonable care to protect him against that harm. The Court of Appeals agreed.

Under premises liability law, a landowner’s duty to a person entering onto the property depends on the entering person’s status as a trespasser, a licensee, or an invitee. Mihaila claimed that he was an invitee, while the Troths claim that he was a licensee. An invitee for premises liability purposes includes a business invitee, who “is a person who is invited to enter or remain on land for a purpose directly or indirectly connected with business dealings with the possessor of the land.” A licensee is “a person who is privileged to enter or remain on land only by virtue of the possessor’s consent.” A business invitee includes people “who come upon land not open to the public … for a purpose connected with their own business which is connected with any purpose, business or otherwise, for which the possessor uses the land.” The Court of Appeals referred to the Restatement (Second) of Torts, which provides an example of a business invitee as “a workman who comes to make alterations or repairs on land used for residence purposes.” Finding that the Troths hired Mihaila in his business capacity to come onto their property for the specific purpose of repairing the roof on their shed, the Court of Appeals concluded that Mihaila was a business invitee.

A possessor of land is subject to liability for physical harm caused to his invitees by a condition on the land if, but only if, he:

(a) knows or by the exercise of reasonable care would discover the condition, and should realize that it involves an unreasonable risk of harm to such invitees,

(b) should expect that they will not discover or realize the danger, or will fail to protect themselves against it, and

(c) fails to exercise reasonable care to protect them against the danger.

RESTATEMENT § 343. Under this standard, an invitee “is … entitled to expect that the possessor will exercise reasonable care to make the land safe for his entry,” which includes inspecting for dangerous conditions, “followed by such repair, safeguards, or warning as may be reasonably necessary for [the invitee’s] protection under the circumstances.” However, a possessor of land “is not liable to his invitees for physical harm caused to them by any activity or condition on the land whose danger is known or obvious to them, unless the possessor should anticipate the harm despite such knowledge or obviousness.” The Court of Appeals emphasized that “there may be situations where a landowner should anticipate that even known or obvious dangers will cause harm.”

Mihaila argued that the Troths had reason to expect that he could not eliminate the dangerous condition and would proceed to encounter the grounding rod despite the danger in order to complete the roof job because the advantage – getting paid for the job – outweighed the risk. The Court of Appeals found this argument persuasive, and held that a question of fact exists as to whether Mihaila’s only alternative to taking the risk caused by the grounding rod was to forgo the project he had been hired to perform. If he could not, the trier of fact ultimately will have to decide whether the Troths failed to “exercise reasonable care to protect them against the danger,” and if so, whether Mihaila was contributorily negligent. The Court of Appeals reversed the trial court’s grant of summary judgment and remanded for further proceedings.

Commentary: Contractors invited to perform work by a homeowner are likely business invitees and the homeowner may be liable for their injuries under certain circumstances. Contractors should, of course, take every reasonable precaution to avoid injury while onsite, but should also be aware of the owner’s duties that are owed to the contractor in the case of an injury.

PrevPreviousDiffering Site Conditions: What to Expect from the Court When You Encounter the Unexpected
NextUpcoming Seminar: Lien and Bond Claims for Electrical ContractorsNext
Scroll to Top