Is Reversing an Arbitration Award Going to Become Easier in the Future? 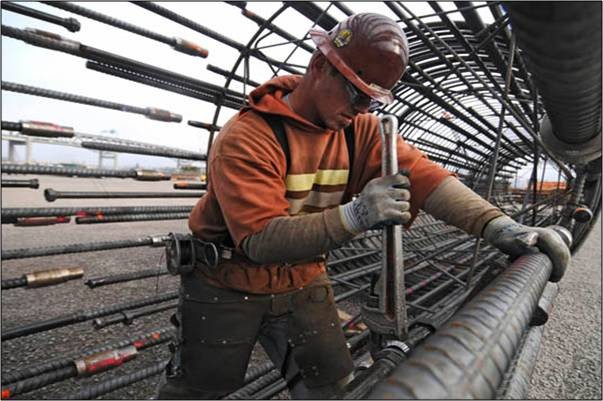 Generally, contractors choose arbitration because it is a cost-effective method of dispute resolution, and primarily because an award issued in arbitration is final.  Vacating an arbitration award is only permitted on very narrow grounds.  A party must demonstrate that the award was procured by corruption, fraud, or undue means, or that an arbitrator exceeded his/her power (very high burdens).  Arbitration rules in other states are similar to the Washington statute.  Stated simply, it is very difficult to reverse an arbitration award—or is it?  These two cases do not indicate a trend but do remind us that an arbitrator’s power is limited to that power granted to him/her by contract.

The Seventh Circuit reversed a District Court’s decision upholding an arbitration award in Bankers Life & Cas. Ins. Co. v. CBRE, Inc.[ii]  The insurance company (“Bankers”) hired a real estate firm (“CBRE”) to negotiate its sublease of Bankers’ space and to find Bankers a new location.  CBRE and Bankers signed a Listing Agreement providing, among other things, that CBRE would assist Bankers in presenting offers, and answering Bankers’ questions relating to those offers, and CBRE advised that it wanted $7 million in savings from the deal.  In turn, CBRE presented Bankers with a series of cost-benefit analyses (“CBAs”).  One CBA showed $6.9 million in net savings, and Bankers accepted the deal.  Then, Bankers subleased its space and relocated.

On January 3, 2017, a Rhode Island Supreme Court issuing a decision reversing an arbitration award.[iii]  In that case, the underlying project appears to have been a mess.  Work started late, continued slowly, and with improper workmanship.  The owner, Flynn, notified the contractor, Napa, to stop work, citing instances of improper work.  The contractor promptly issued a new requisition of payment, which was not paid, and then terminated the contract for non-payment.  After finding that Napa was “not justified” in terminating the contract, the arbitrator then went on to invoke the termination-for-convenience clause, stating:

At the same time, it seems obvious that the combative, contentious, dysfunctional relationship between [the] Flynn[s] and Napa had to be brought to a conclusion.  The most practical method to accomplish that end, I have determined, is to consider the Contract to have been terminated according to Para. §14.4 of the General conditions; TERMINATION BY THE OWNER FOR CONVENIENCE:  Under this interpretation neither Napa nor [the] Flynn(s) [are] in breach of the [contract]; and the contractor is entitled to the best measure of fair and reasonable value of the work done.

The Court held “[a]n arbitrator may misconstrue a contract; however, he may not manifestly disregard a contractual term or ignore ‘clear-cut contractual language.’”  The Court agreed with the arbitrator that the owner was entitled to stop work, and the contractor was not entitled to terminate the contract for cause.  When the arbitrator adopted the fiction of the owner’s termination for convenience to bring to an end the “combative, contentious, dysfunctional relationship,” according to the Court, the arbitrator ignored clear contract language.  The Court made two essential conclusions.  First, where the arbitrator’s decision “conflicts with the express terms of the agreement, it fails to draw from the essence of the agreement.”  Second, the arbitrator’s final decision (that there should be a termination for convenience) conflicted with his subsidiary findings (the contractor was in breach).  The Supreme Court held the arbitrator’s authority is not without bounds, but instead “it is rather circumscribed by the plain language of the parties’ contract.”  The case was remanded to the trial court with a directive to grant the owner’s motion to vacate the arbitration award.