Construction Contracts and The Uniform Commercial Code: When Does it Apply and Understanding the Pre-Dominant Factor Test 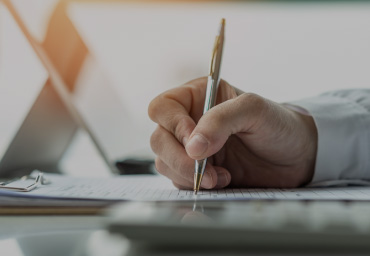 The Uniform Commercial Code (“UCC”) replaces the common law in many commercial transactions, providing provisions and a framework governing the conduct of business.  The UCC attempts to develop uniformity among state laws on commercial matters as many of these contracts involve parties from different states.  The UCC has been adopted in almost all states, including Washington, and substantially mirror each other throughout the country.

The question that is most commonly presented, in the Construction law context, is when does the UCC apply and control?

The UCC is inapplicable for most construction contracts as the UCC does not cover contracts which are predominantly for labor or services.  Therefore, common law still controls in a majority of construction contracts.  However, Article 2 of the UCC applies to any transaction involving “goods” which is defined as “all things (including specially manufactured goods) which are movable at the time of identification to the contract. . . .”[1]  Absent explicit agreement in the contract, identification occurs “when the contract is made if it is for the sale of goods already existing and identified” or, if the contract is for the sale of future goods, “when goods are shipped, marked, or otherwise designated by the seller as goods to which the contract refers.”[2]

As a result, construction contracts that are most likely to be governed by the UCC are those involving suppliers and manufacturers.  The difficult question, and most commonly presented for legal analysis, is when a construction contract is a hybrid or a “mixed” contract, i.e., a combination between the sale of materials or equipment and also for services related to those items.  Construction contracts with subcontractors may fall into this category as they typically must “furnish and install” whatever equipment or material they sell.  Under this scenario, is the subcontract, for the sale of goods or will it be considered a services contract?

In Tacoma Athletic Club, Inc. v. Indoor Comfort Sys., Inc., the Court of Appeals determined installation of a dehumidification system was a goods contract, with the installation and labor as incidental.[5]  In making this determination, it affirmed that the UCC governed the contract.  The Tacoma Athletic Court used the often-cited formula for the predominant factor test from the Eight Circuit:

Several cases across the country have addressed whether the UCC applies to a construction-related contract. Even under the predominant factor rule, determining UCC applicability can prove difficult.  Each case will be very fact specific and potentially open for analysis.

There are a number of significant differences between a contract governed by the UCC and a construction contract governed by common law. Many UCC provisions are “gap filler” provisions which provide standardized default terms to be supplemented into a contract when necessary.  As a result, the UCC allows contracts to become enforceable even without agreement on all significant terms.

The application of the UCC to a construction-related contract can have significant impacts.  In particular, its statute of limitations is much shorter; it provides those “gap filler” provisions to encourage contract formation; it provides an implied warranty of merchantability; an implied warranty of fitness for a particular purpose; and modifies rules for breaches of contract and notification procedures.  These are just some of the areas in which the UCC modifies the common law approach in construction contracts.  It is important for any contractor or subcontractor to be familiar with the UCC, its applicability, and its most important provisions.