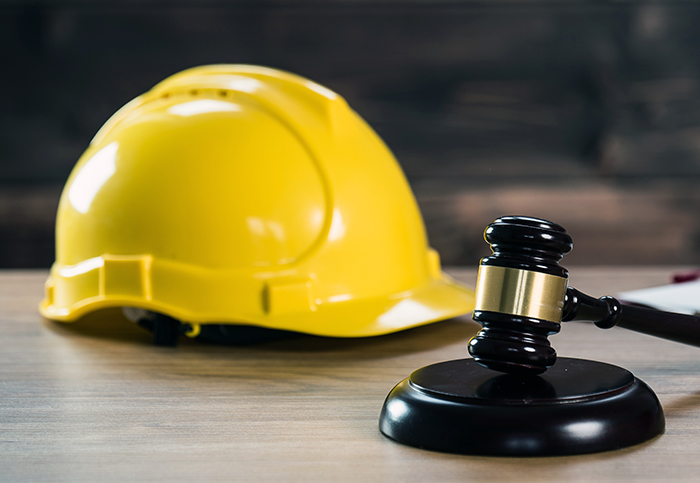 Roof Doctor, a company engaging maintenance of roofs, was hired to complete work for a commercial building in Tacoma in February 2018. During the job, Roof Doctor was cited for two violations by a Washington State Department of Labor and Industries’ (L&I) compliance inspector and seven additional asbestos violations. Each citation was rated with a probability of 1 – 3 to determine the likelihood of injury, illness, or disease. The ratings allowed issuance of an appropriate monetary penalty.

The disputes among the parties on appeal were as follows:

Second, a dispute arose regarding Roof Doctors’ failure to ensure fall protection was used. Roof Doctor claimed it could not be liable and relied on the affirmative defense of unpreventable employee misconduct. However, the IAJ did not agree with Roof Doctor.

On the other hand, Roof Doctor argued the parapet wall was not a landing surface and the ladder did extend three feet above the roof.

On appeal, the Appellate Court considered whether the Board of Insurance Appeals erred in in issuing the penalties and assessments. The court held that no error existed as to the asbestos and the danger was mitigated by working outdoors. The court considers several factors when determining a violation’s probability of risk, and based on the factors, the probability rating of 1 was correct.

(i) A thorough safety program, including work rules, training, and equipment designed to prevent the violation;
(ii) Adequate communication of these rules to employees;
(iii) Steps to discover and correct violations of its safety rules; and
(iv) Effective enforcement of its safety program as written in practice and not just in theory

Additionally, per RCW 49.17.120(5)(a), employers must show that even with the safety program in place, the employee’s misconduct was an isolated occurrence and was not foreseeable.

Prior violations may be used as evidence that the employee’s conduct was foreseeable, but do not completely bar the use of this defense. Unfortunately for Roof Doctor, the company had fall protection violations dating back to 1997 and more recently in 2017. It was foreseeable that this employee conduct would occur again, and the court reviewed prior violations to determine the likelihood.

Finally, the court reviewed the issue of the landing surface by reviewing the WAC definitions of ladder and landing surface. WAC 296-876-40030(1) defines ladder as something used to access an upper level must extended three feet above the landing surface. Employers must take appropriate actions to ensure that ladder extends above three feet. WAC 296-876-099 defines landing surface as any area such as the ground, roof, or platform providing access to a ladder. Here, the parapet wall was determined to be part of the height of the roof and the ladder was therefore required to extend three feet above the roof. Roof Doctor therefore violated the ladder regulation.

Commentary: This decision is important for guidance and practice to avoid L&I violations. Asbestos poses a real and foreseeable danger, so employers should take all necessary precautions to train employees and provide them with adequate protection. Even though working outdoors may mitigate dangers, it would be a best practice to require employees to wear protective clothing. Additionally, when using a defense like unpreventable employee misconduct, know that a court may choose to review past violations when reaching a decision. Finally, before conducting any work using ladders, determine whether the ladder is appropriately above the three feet requirement. Consult relevant material when a structure like a parapet wall is also present.

PrevPreviousConstruction Contracts and The Uniform Commercial Code: When Does it Apply and Understanding the Pre-Dominant Factor Test
NextSupreme Court Holds That Prevailing Wage Statute is ConstitutionalNext
Scroll to Top