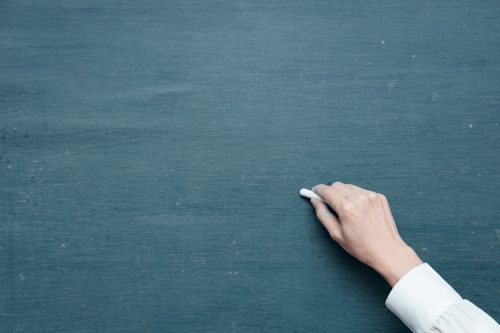 I previously posted a blog about the General Construction v. Grant County PUD case and the Court of Appeals’ rulings regarding notice and claim procedures.[i]  The General Construction case is also noteworthy for two other issues that were raised in that case.[ii]  The first issue involved whether a contractual written notice requirement is satisfied when the notice is provided on a chalkboard only.  The second noteworthy issue is whether the Public Utility District’s (“PUD”) own in-house engineer could waive the contractual notice and claim procedures in the PUD’s contract.

The court held that the chalkboard writing was not sufficient and stated as follows:

Even if it were semantically correct to call this ‘written,’ it defies the clear contractual intent that notice be made in a substantial and permanent manner, which could, if necessary, be forwarded to PUD management for approval.  Writing on a blackboard which is subsequently erased evinces no intent by [General Construction] to provide notice.

It is not clear from the case whether the requirement that the notice be in a “substantial and permanent manner” was actually in the PUD’s contract.  If so, this would be unique because most owner contracts do not contain this requirement.

We must give credit to General Construction for creativity on this argument.  Unfortunately, this argument did not prevail.

CAN THE PUD’S OWN ENGINEER WAIVE THE NOTICE OF CLAIM PROCEDURES?

[i] You may locate my previous blog here.
[ii] These issues were addressed in an unpublished portion of the General Construction decision.  This means that it can be cited as nonbinding authority, and it will be given such persuasive value as the court deems appropriate.
[iii] General Construction Company v. Public Utility District No. 2 of Grant County, 2016 WL 4578106.