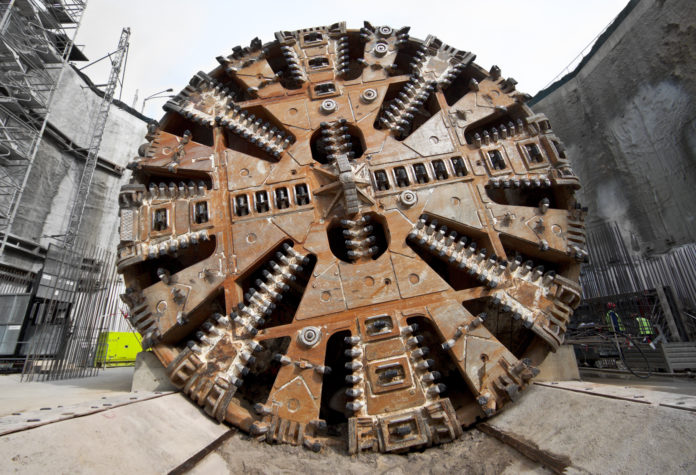 In 2011, the Washington State Department of Transportation (“WSDOT”) contracted with Seattle Tunnel Partners, a joint venture of Dragados USA and Tutor Perini (“STP”) to construct a tunnel (“SR 99 Tunnel”) to replace the dilapidated Alaska Way Viaduct. STP obtained a builder’s “all-risk” insurance policy (“Policy”) from Great Lakes Reinsurance (UK) PLC and several other insurers (collectively, the “Insurers”) which insured against damage to both the project and the tunnel boring machine popularly known as Big Bertha (“Bertha”).

Bertha began excavating in July 2013 but broke down a few months later when the machine stopped working. Work did not resume on the project until December 2015. WSDOT and STP tendered insurance claims for the losses associated with the delays and breakdown of Bertha but the Insurers denied coverage. Thereafter, WSDOT and STP sued.

The Insurers moved the trial court for partial summary judgment to resolve some, but not all, of the coverage disputes.  In a unanimous decision, the Washington State Supreme Court affirmed the trial court and Court of Appeals, and held that insurance companies do not have to reimburse WSDOT and STP for costs accrued during a two-year Project delay, under certain provisions of the insurance policies.

The trial court had previously ruled as a matter of law that based on the Policy that: (a) the Machinery Breakdown Exclusion (“MBE”) excludes coverage for property damage to Bertha caused by any alleged design defects; (b) the Policy does not afford coverage for losses due to project delays, and (c) the loss of use or functionality of the tunnel does not constitute “‘direct physical loss, damage, or destruction’” that is covered by the Policy.  Seattle Tunnel Partners, et ano. v. Great Lakes Reinsurance (UK) PLC, et al., Wn.2d No.100168-1 (Sept. 15, 2022). The Court of Appeals upheld the trial court’s findings and the Supreme Court affirmed.

With respect to the first issue, STP argued that the alleged design defect (the cause of the damage remains a question of fact) fell outside the MBE and therefore covered under the Policy. The Court found otherwise, applying the “all-risk” insurance rule where “any risk that is not specifically excluded in the policy is an insured peril.’” Vision One, LLC v. Phila. Indem. Ins. Co., 174 Wn.2d 501, 513, 276 P.3d 300 (2012). This rule shifted the burden of proof to the insurer to show “the loss is excluded by specific policy language” to avoid coverage. McDonald v. State Farm Fire & Cas. Co., 119 Wn.2d 724, 731 837 P.2d 1000 (1992). The Insurers then determined the defect was Bertha’s defective design, an uninsured peril. Applying the above rule, the trial court held “as a matter of law” that the MBE “excludes coverage for property damage to [Bertha] caused by any alleged design defects.” Seattle Tunnel Partners, Wn.2d (2022). The Supreme Court affirmed, reasoning that Bertha suffered an internal cause of damage, which is not covered by the policy, as opposed to STP’s argument that Bertha suffered an external cause of damage.

STP also challenged Court of Appeals ruling that the Policy does not cover losses “due to project delays.” Id. STP argued that the Policy must provide coverage “because it does not specifically exclude such coverage.” Id. However, the Policy itself provides that “the Insurers will indemnify the Insured in respect of direct physical loss, damage or destruction…not specifically excluded herein…to [Bertha].” STP argued “but for” the direct physical damage to Bertha “none of the losses at issue would have occurred.” Id. The Supreme Court affirmed the Court of Appeals in rejecting this argument and found that the insuring clause limited coverage to direct physical losses and therefore does not provide coverage for nonphysical losses such as delay cost.

WSDOT challenged the Court of Appeals finding that WSDOT could not recover for loss of use of the SR 99 Tunnel while repairing Bertha. Id. WSDOT alleged that direct physical loss or occurred because the SR 99 Tunnel was physically incapable of performing its essential function of completing construction. Id. However, after distilling the insurance policy down to key words, “loss” “damage” “physical” and “direct,” the Court concluded that “the deprivation, dispossession, or injury must be physical” and rejected WSDOT’s arguments.