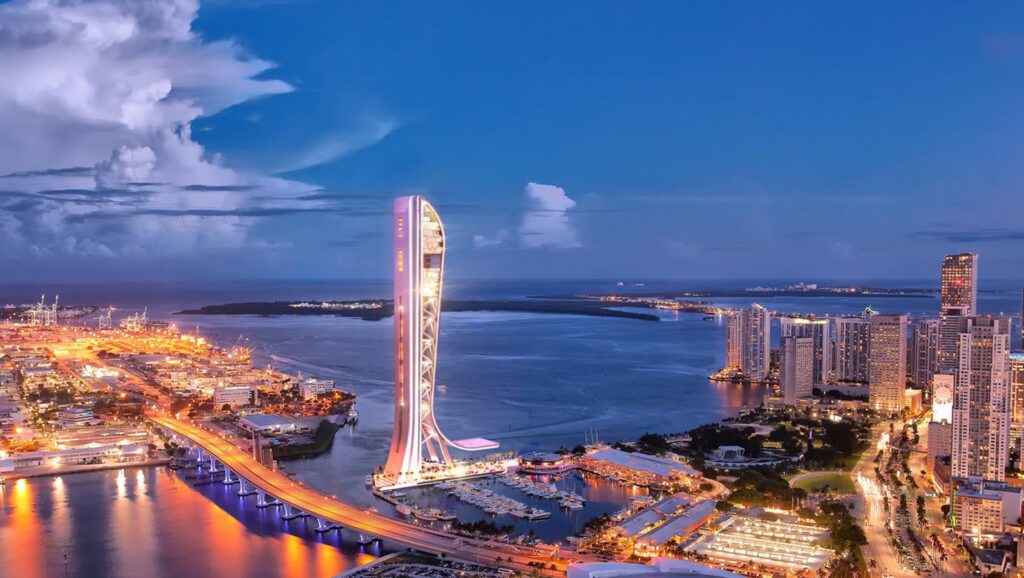 As construction lawyers, we rarely have an opportunity to dabble in the area of immigration law, but immigration affects contractors.  For example, the SkyRise Tower (“SkyRise”) stands at the center of Biscayne Bay in Miami, and is being financed by foreign investors who have at least $500,000 to fund the project.  Similar to the Statue of Liberty, SkyRise will be the gateway to U.S. Citizenship – not for the tired, poor, and huddled masses, but for rich foreign investors seeking a green card.

The EB-5 Investment Program, passed by Congress in 1990 to encourage foreign investment in the U.S. economy, requires each investor to commit at least $500,000 to a project that creates a minimum of ten full-time jobs in a targeted employment area.  In exchange, the foreign investors become eligible for a green card. SkyRise has already obtained approval under the EB-5 Investment Program and international fundraising is in full swing.

The developer, Jeff Berkowitz (“Berkowitz”) is seeking investors from China and Dubai, but the bulk of the investors will come from China.  Berkowitz, told reporters “it becomes a very shortcut approach for potential immigration investors to get their green card.  All they have to do is get their source of funds vetted by Homeland Security.”  Incidentally, Berkowitz drives a Maserati with a “SkyMia” license plate, and in describes the appearance of his vanity plates, stated, “I think it looks like a money clip.”

The $430 million project is controversial.  SkyRise sits on public property, and critics question whether the SkyRise will generate enough tourism dollars to be profitable.  Some even claim it could end up costing taxpayers.  Whether the foreign investors receive any return on their investment, according to lawyers, is secondary to citizenship.

EB-5 investors have been active in many Seattle developments as well.  Numerous real estate seminars are focusing on taking advantage of this lucrative source of project financing from wealthy foreign investors interested in obtaining U.S. citizenship.

This is also the time of year that the H-1B Temporary Workers’ Visa season is upon us.  U.S. companies wishing to hire foreign national employees should at this time be gathering supporting documents and retaining immigration lawyers to file H-1B petitions on the April 1, 2015 opening.

The H-1B Visa allows a U.S. employer to sponsor a foreign national to work on a temporary basis in the United States.  The position to be filled by the employee must be one that is considered a “Specialty Occupation” by the United States Citizenship and Immigration Service (“USCIS”).  The minimum education requirement is a degree equivalent to a four-year U.S. Bachelor’s Degree.  The employer must also pay the foreign national a fair wage, also known as the prevailing wage, as determined by the U.S. Department of Labor.  While the H-1B Visa seems like an inexpensive way to bring in foreign labor, the U.S. Government places a numerical cap of 65,000 on the number of petitions.  The first 20,000 petitions submitted by candidates with Master’s Degrees (or higher) are exempt from the cap, giving those individuals a significant advantage.

Once an employee obtains an H-1B Visa, the he or she may begin working at their designated job.  Visas may be renewed, but may not be extended beyond six years.  The acceptance for 2015 petitions begins on April 1, 2015.  Petitions received after that date have virtually no chance of receiving approval from the USCIS.  Construction is booming, and there is a shortage of qualified engineers.  Contractors may, through the H-1B Visa program, look overseas to fill important project roles.