Changes to Family and Medical Leave in Washington 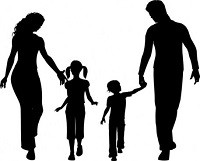 On July 6, 2017, Washington’s Governor Jay Inslee signed a new family and medical leave law that will offer paid leave to employees in our state to care for a newborn or newly adopted child or for a serious health condition.  Washington’s new law is one of the most generous paid family leave programs in the United States.  It was a bipartisan measure, passing the House on a 65-29 vote shortly after the Senate passed it on a 37-12 vote.  It is titled the Washington Family Leave Act (WFLA).  Contributions to the program will begin in 2019 and benefits will be available to Washington employees starting January 1, 2020.

This paid leave program brings Washington into the small group of states offering paid leave in the United States, which severely lags behind the world in national paid parental leave.  According to the WORLD Policy Analysis Center at UCLA, out of 193 countries in the United Nations, only a few do not have a national paid parental leave law: New Guinea, Suriname, a few South Pacific island nations, and the United States.

The WFLA will be a significant change for Washington employees.  The law provides two benefits: a benefit of up to 12 weeks per year of paid medical leave for an employee’s own serious health condition and up to 12 weeks per year of paid leave for family care purposes, including: (i) care of a family member (i.e. an employee’s spouse, child, parent, sibling, grandparent or grandchild) with a serious health condition; (ii) care of a child after birth, adoption or foster placement; or (iii) for qualifying exigencies arising out of an employee’s family member being deployed to active duty with the United States Armed Forces.  An additional 2 weeks are available for a complication related to pregnancy. The total combined paid leave an employee can take in a year is 16 weeks, or 18 weeks if it includes a pregnancy-related complication.

Washington employees electing to take family leave will receive up to 90% of their average wage, subject to certain caps, including a weekly maximum benefit of $1,000 per week.

The WFLA program provides for a unique funding mechanism: it will be funded by a 0.4% deduction from pretax wages: 63% will be paid by employees and 37% will be paid by large employers, employers with 50+ employees; employers with 50 or fewer employees will be exempt.  Small businesses that choose to pay all the premiums for their workers will be eligible for relief for various types of state aid in hiring temporary replacement workers.

For example, according to a Senate calculator, an employee who makes $50,000 a year would pay $2.42 a week, while their employer would pay $1.42 a week, for a weekly benefit of about $703 during parental leave.

Only five other states have paid family leave programs in the United States. Washington’s is the most robust program.  New Jersey and California give new parents six weeks of partially-paid leave.  Rhode Island and Washington D.C. offer four and eight weeks, respectively, and D.C.’s program (like Washington’s) also won’t take effect until 2020. New York passed what was then the country’s best paid leave bill in the spring of 2017, offering a plan that will phase in over the next four years to 12 weeks of leave paid at up to two-thirds of the state’s average wage.

Passage of the WFLA is a significant step forward for the Legislature, which has tried to offer a paid family leave program for almost a decade.  In 2007, the Legislature passed a law providing a similar (although less generous) program.  It would have provided new parents $250 a week for five weeks of family leave.  At the time, it was groundbreaking as it was enacted long before any other state approved such legislation.  Unfortunately, however, our Legislature provided no means to fund the program and it was never implemented.