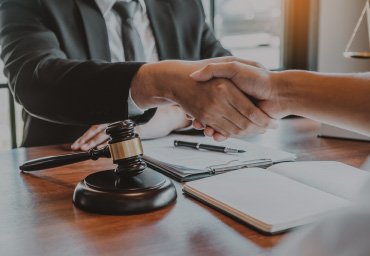 Governor Inslee’s state-wide eviction moratorium technically ended on June 30, 2021. However, in late June 2021, Governor Inslee announced a “bridge” proclamation between the eviction moratorium and the housing stability programs put in place by the Washington State Legislature. The bridge is effective July 1 through September 30. The goal of the bridge period was to protect tenants from evictions for non-payment of rent to allow local governments to set up distribution programs for funds. More than $650 million of federal relief dollars allocated to assist renters was predicted to be available beginning in July. This is in addition to the $500 million previously released by the Department of Commerce to local governments for rental assistance and will help more than 80,000 landlords and renters. However, insofar as many localities have not established distribution protocols, the bridge period was instituted to allow time for those programs to be set up in various parts of the state.

However, on September 21, 2021, Governor Inslee extended the bridge program for one additional month to October 31. Thus, evictions for non-payment of rent are still barred statewide through that date.

Mayor Jenny Durkan extended a city-wide eviction moratorium until January 15, 2022. Unlike Washington State, the Seattle moratorium covers both residential tenants and small commercial and non-profit businesses. Other local municipalities, such as Burien, have extended their own moratoria.

On September 27, 2021, the Seattle City enacted two new bills. One bill now requires landlords to give tenants 180 days’ notice for any rent increases CB 119585.[1]Previously, Seattle landlords were only required to give 60 days’ notice of pending rent increases. It appears that this 180-day notice is the longest for any major city. San Francisco and Los Angeles both require 90 days’ notice for rental increases of 10 percent or more, while Portland, Oregon requires 90 days’ notice for increases of five percent or more. In other cities, like New York and Chicago, notification periods are dependent on the tenant’s length of residence in their home instead of the amount of the rent increase; however, at 90 and 120 days, both cities offer notice periods shorter than Seattle’s.

The second bill relates to rental rights also seeks to assist tenants’ facing economic eviction. CB 120173.[2] In this case, tenants faced with a rent increase of 10 percent and more who earn 80 percent or less of area median income (AMI) are eligible to receive a relocation assistance payment from their landlord equivalent to three months of their current rent, an amount intended to help pay for first and last month’s rent, as well as a security deposit, on their new home.

Earlier this year the state legislature enacted two new measures that drastically changed existing landlord-tenant law. Engrossed Second Substitute Senate Bill 5160, effective April 22, 2021, adds a number of protections for tenants relating both to the pandemic and going forward. Among other provisions, the bill includes (i) a prohibition on late fees that accrued during the pandemic; (ii) prohibitions on landlords reporting late rent payments that accrued during the pandemic; (iii) discrimination against tenants for medical reasons including COVID-19; (iv) requirements for a reasonable repayment plan proposal prior to an court ordering an eviction; (v) established a right to counsel for indigent parties; (vi) revisions to the 14-day notice required for non-payment of rent; (vii) a new form of eviction summons required to obtain jurisdiction in an unlawful detainer action. There are other numerous tenant protection provisions enacted in the legislation. The full text of the bill can be found here.

On May 10, 2021, the legislature adapted Engrossed Substitute House Bill 1236. Among other things, that bill limits the right of a landlord to evict a tenant to certain enumerated causes found in Section 2 of the bill. These causes are similar to the Seattle Just Cause Eviction Ordinance, and basically eliminate a landlord’s right to terminate a tenancy without the occurrence of one of the enumerated causes.

In addition, the legislation now requires the following: “When a tenant has permanently vacated due to voluntary or  involuntary events, other than by the ending of the tenancy by the landlord, a landlord must serve a notice to any remaining occupants who had co-resided with the tenant at least six months prior to and up  to the time the tenant permanently vacated, requiring the occupants  to either apply to become a party to the rental agreement or vacate within 30 days of service of such notice.” This allows residents who were not the primary tenant(s) an opportunity to apply for continued occupancy. The entire bill can be found here, and it would be prudent for any residential landlords to familiarize themselves with both of the bills that are now incorporated into law.