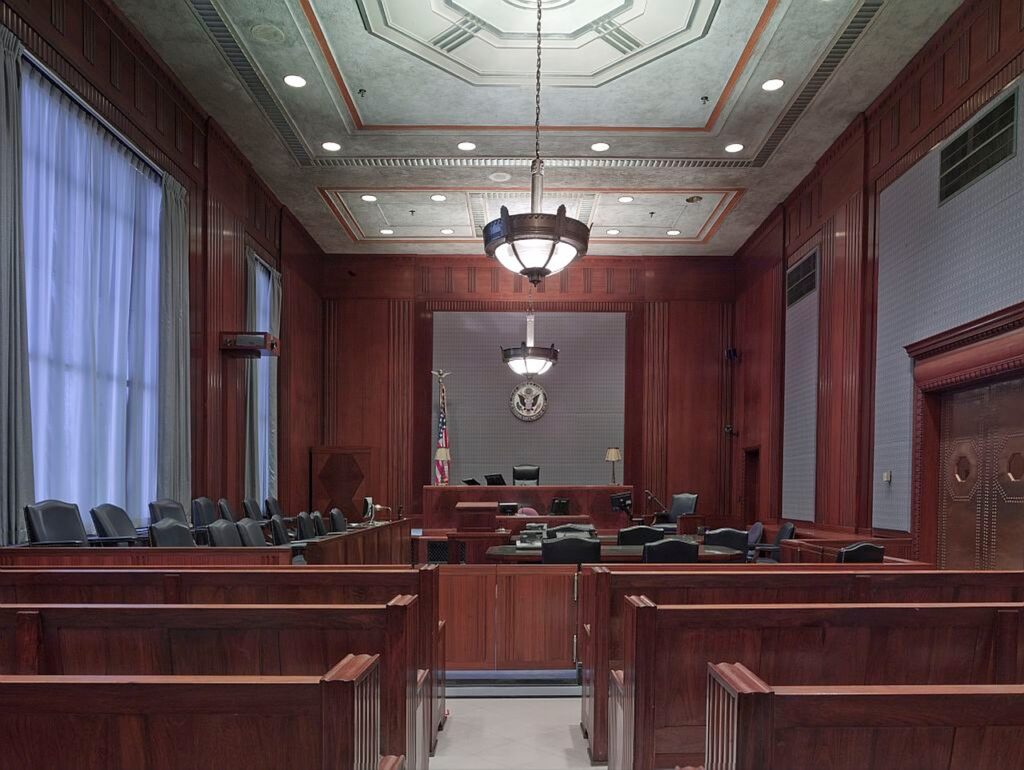 JURY TRIALS. Budd v. Kaiser Gypsum Co., Inc., — Wn. App. 2d –, 505 P.3d 120 (Wash. Ct. App. 2022). (1) Courts must ensure that juries are randomly selected to provide a fair and impartial jury. (2) While the Sixth and Fourteenth Amendments prohibit the systematic exclusion of distinctive groups from jury pools, Washington Courts’ COVID-19 policy to excuse people who were ages 60 and older and did not wish to report for duty was not a “systematic” exclusion.

Raymond Budd developed mesothelioma after working with a drywall product called “joint compound” from 1962 to 1972.  He sued Kaiser Gypsum Company, Inc. and others for damages, contending that the company’s joint compound caused his illness. A jury returned a verdict in Budd’s favor and awarded him nearly $13.5 million. Kaiser appeals, claiming (1) insufficient randomness in the jury-selection process, (2) erroneous transcription of expert testimony, (3) lack of proximate causation, (4) lack of medical causation, (5) an improper jury instruction on defective design, (6) improper exclusion of sexual battery and marital discord evidence, (7) improper admission of post-exposure evidence, (8) improper exclusion of regulatory provisions, and (9) a failure to link its product to Budd’s disease. The Court of Appeals, Division 1, affirmed the verdict in favor of Budd.

Though all of the nine bases for error raised by Kaiser merit discussion, the jury-selection process issue is most probative here.  Kaiser made three challenges against the jury selection process.

First, Kaiser challenged the jury selection process as being insufficiently random because the jury services department mailed summonses to those who had deferred service before.  Pursuant to the trial court’s records, the court explained that the jury services department mailed summonses to over 1,000 potential jurors; that the potential jurors were those who had had their service deferred before, each summons requested that the recipient contact the court by e-mail, by phone, or in person; that of those potential jurors, about 183 responded by e-mail; that the jury services department then sent questionnaires to those 183 people by e-mail; that about 77 people responded to the questionnaire; and that those people were placed on the jury list in random order. The Court of Appeals affirmed that “there can be numerous reasons why a juror defers service; Kaiser offers no information to suggest that the pool of over 1,000 people was less random than a venire another process would yield nor does it cite authority supporting such a contention.”

Finally, Kaiser argued that the jury selection process was invalid because it “constructively” excluded a cognizable class of individuals: people ages 60 and older. Because of the COVID-19 pandemic, Washington Courts suspended jury trials in early 2020. When jury trials resumed, the presiding King County Superior Court judge sent a memorandum to bar associations saying that jurors could be excused from jury duty if they are “age 60 or older and [ ] do not wish to report for jury duty.” A Supreme Court order about modification of jury trial proceedings similarly stated, “Any process for summoning potential jurors must include the ability to defer jury service by those who are at higher risk from COVID-19 based on their age or existing health conditions.” The court continued, “[h]owever, no identified group may be per se excused from jury service on this basis.” This policy was implemented via the questionnaire the jury services department distributed. The Court of Appeals held that to be unconstitutional, the exclusion must be “systematic,” noting that Kaiser cited no law that “constructive” exclusion is sufficient. Citing State v. Clark, 167 Wn. App. 667, 674, 274 P.3d 1058 (2012), aff’d, 178 Wn.2d 19, 308 P.3d 590 (2013). The Court of Appeals found that because the policy allowed for jurors to be excused if they were 60 years or older and did not wish to report for duty, this “did not automatically exclude every person 60 years and older.” The Court of Appeals, concluded that the trial court acted within its discretion in rejecting Kaiser’s challenges to the jury selection process.

Commentary: The COVID-19 pandemic has raised concerns about due process. However, the policies enacted by the Courts to navigate these waters have been generally upheld on appeal and are unlikely to be constitute procedural grounds for parties to avoid unfavorable rulings.