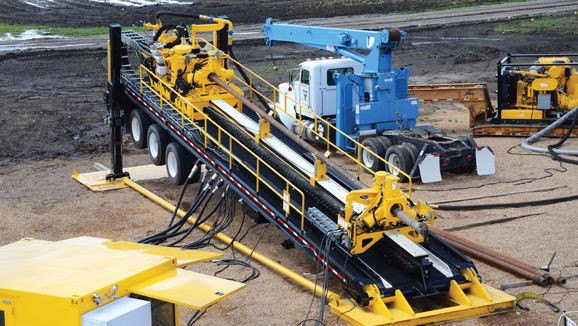 The U.S. District Court for the Northern District of California recently ruled that an engineer who prepared plans and specifications that were relied upon by contractors in preparing their bids for a project owed a duty of care to those bidders.[1]   The Court held that an engineer can be liable to contractors for breach of the professional duty and/or negligent misrepresentation.

In this case, the geotechnical engineer, SHN Consulting Engineers & Geologists, Inc. (“SHN”), served as the lead engineer and project manager for the project.  SHN conducted geotechnical studies of the site. Based on its findings, SHN prepared plans, reports and specifications, including a Geotechnical Baseline Report (“GBR”), which were furnished to potential bidders.  The GBR indicated that the majority of the subterranean region targeted by the project was composed of stable soils that were suitable for HDD.

Relying on these representations, Apex bid on the project and was awarded the Contract as the low responsive bidder.  However, instead of the soils described in the GBR, Apex found itself drilling first in mud and then in flowing sands.  In reliance on the assurances from SHN, Apex continued drilling, but did not reach the stable soil formations described by GBR.  Apex struggled on the project, incurring unforeseen expenses and losing valuable equipment.  Apex submitted change order requests to the City seeking reimbursement for the cost overruns resulting from the differing site conditions.  The City, in reliance on recommendations from its engineer SHN, rejected Apex’s change orders.  The City then terminated Apex.

Apex sued the City and filed a separate Complaint against SHN, asserting claims for breach of professional duty and negligent misrepresentation.  SHN moved to dismiss Apex’s Complaint, arguing that Apex’s claim is barred by the economic loss rule.  The economic loss rule typically precludes recovery of economic damages (i.e. those damages other tahn personal injury and property damage) in the absence of contractual privity.

The trial court refused to dismiss Apex’s claims, finding that the engineer owed a duty of care to the Contractor.  The Court observed that the California Supreme Court specifically contemplated the availability of claims for negligent misrepresentation in cases involving information provided by engineers.  The Court concluded that Apex fell firmly within the category of plaintiffs that may recover from engineers based upon alleged misstatements in the plans and specifications that were intended to influence the substance of bids.

Comment:  Generally, claims against engineers have not fared well in construction disputes due to the economic loss rule.  However, California appears to be leading the way in making inroads against the economic loss rule, which benefits contractors seeking to recover against consultants and engineers who provide misleading information on contract documents.  This case is notice to engineers and consultants that contractors may have a separate and distinct cause of action against engineers for misrepresentation associated with misleading plans and specifications that were relied upon during the bidding and construction process.  The case contains an informative discussion regarding the inherent tension in the intersection of complex business relationships and the California law which permits recovery in tort for purely economic damages.

[1] James C. Earle, Engineers Beware!! California Courts Have Held Engineers Owe A Duty Of Care And Are Liable to Contractors For Plans And Specifications Used in the Bidding Process, http://www.jdsupra.com/legalnews/engineers–beware-california-courts-have-47011.

PrevPreviousRelease from Condominium Owners Association Precludes Claims by General Contractor Against Subcontractor, Except for Defense Costs
NextIs a Contractor’s Obligation to Continue Performance Absolute When Confronted with an Unresolved Dispute?Next
Scroll to Top