Is a Contractor’s Obligation to Continue Performance Absolute When Confronted with an Unresolved Dispute? 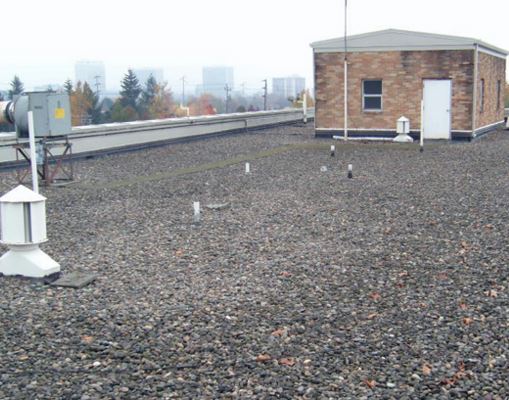 The case described in this article provides a solution to the vexing problem faced by a contractor considering stopping work due to an owner’s material breach, such as defective contract documents or the inability to proceed until the owner provides clarification.[1]  In such a situation, the contractor’s continued performance requires the contractor to expend its own resources in resolving the problem and possibly wait many months or even years for payment after exhausting the dispute resolution process.  However, if the contractor simply stops performing, the contractor may be terminated for default, leaving an indelible mark on the contractor’s record until the issue is resolved by a court.  Further, the contractor will likely face significant damages because the owner will re-procure the work with another contractor, which will inevitably cost more than it would have cost if the work had been performed by the original contractor.

In Vanguard Construction, Inc. v. United States, the U.S. Court of Federal Claims recently ruled that this obligation to continue performance is not absolute.[2]  In this case, the U.S. Air Force (the “Government”) entered into a contract with Vanguard Construction, Inc. (the “Vanguard “) to replace a roof (the “Contract”).  As with most federal contracts, the Contract incorporated the Federal Acquisition Regulations (“FARs”), in particular, § 52-233.1(i), which requires the Vanguard, in the event of a dispute, to “proceed diligently with performance” pending its resolution.

Vanguard’s scope of work included demolition and removal of an existing gravel roof, which also required the Contractor to remove a portion of a metal storage structure on top of the roof.  During demolition of the existing roof, Vanguard discovered that a significant section of the roof stem wall was missing.  Vanguard requested direction as to how to proceed, including a request for information on structural requirements of the building’s stem wall.

The Government took the position that the missing stem wall was visible prior to the roof demolition and should have been accounted for in Vanguard’s original bid.  The Government did not respond to Vanguard’s request for information.  Vanguard vigorously denied that the missing stem wall condition was apparent prior to demolition and reiterated its request for direction on structural and other issues pertaining to the design.  The Government never provided the Vanguard with the information if sought, maintaining that the problem was within the scope of the original Contract.

After installing approximately 90% of the new roof and leaving undone only the portion of the roof near the missing stem wall, Vanguard demobilized, asserting that it could not complete any further work.  The Government notified Vanguard that it considered Vanguard to be in default and terminated the Contract, citing Vanguard’s failure to comply with its duty to proceed with performance pending the dispute’s resolution as required by FAR § 52-233.1(i).

The Government argued that, as a matter of law, the termination for default was justified because Vanguard had a duty to proceed with the performance and that duty was absolute under the Contract’s disputes clause.  Vanguard disagreed, arguing that the completion of the roof was not possible once the latent defect (i.e. the missing stem wall along the perimeter roof) was discovered.  The Government claimed that the Contract allocated the risk of the missing stem wall to Vanguard and that the burden of devising a solution to the problem lay exclusively with Vanguard.

In arriving at its conclusion, the court cited to a number of case precedents that are helpful in understanding the issues a court may consider at when determining whether a contractor has a right to stop performance.

Comment:  In Vanguard, it is unclear why the Government chose not to respond to the Contractor’s request for information.  It may have been that the Government thought that to do so would somehow concede liability or waive its rights to allege that Vanguard missed the defects in the pre-bid inspection.  While Vanguard, BPI Electric, Seven Sciences, and Remm all stand for the proposition that the Government’s failure to provide information necessary to continue performance may relieve a contractor from its duty to continue performance, the exception is limited to situations where a contractor’s decisions to stop work were deemed “reasonable.”  While a contractor may believe its decision is reasonable, only the Court will make that final determination, which places the contractor on the horns of a dilemma.  Read more here. Oftentimes, contractors will proceed with performance simply out of an abundance of caution in order to avoid the downside risk associated with stopping work and facing the severe financially consequences associated with being wrong.