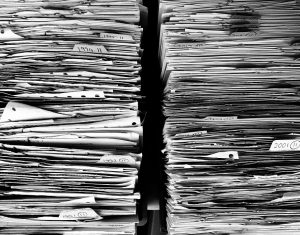 The Ninth Circuit in CVS Health Corp. v. Vividus, LLC, 878 F.3d 703 (9th Cir. 2017) recently held that the Federal Arbitration Act (FAA) does not grant arbitrators the power to compel the production of documents from third parties outside a hearing.  To reach this result, the Ninth Circuit relied on a textual reading of Section 7 of the FAA.[1]  The Federal Court of Appeals stated that the FAA gives the arbitrators two powers that are relevant.  First, arbitrators may compel the attendance of a person to “attend before them…as a witness,” and second, arbitrators may compel such person to “bring with him or them” relevant documents.  If a person summoned as a witness does not comply, the statute gives the District Court in the district in which the arbitrator sits the power to compel the person’s attendance before the arbitration.  A plain reading of the language in Section 7 limits the arbitrator’s power to compel the production of documents to the production at an arbitration hearing.  The phrase “bring with them,” referring to documents or other information, is used in conjunction with the language granting the arbitrator the power to “summon any person to attend before them.”  Under this framework, any document ordered against third parties can happen only “before” the arbitrator.  Section 7 grants an arbitrator no freestanding power to order third parties to produce documents other than in the context of a hearing.

Comment: Arbitrators and litigators involved in arbitration have long been aware of this potential issue involving third party subpoenas, and therefore have a “workaround” in place.  If a third party is uncooperative—that is it refuses to produce documents—the parties can prevail upon the arbitrator to convene an arbitration hearing solely for the purposes of utilizing the subpoena power in advance of the hearing on the merits.  In other words, the arbitrator can convene a special hearing, compel the attendance of the uncooperative third party to appear at the hearing, and bring with it its documents.  Generally, when a reluctant third party is presented with the workaround solution, the documents are produced without further need for an expensive and unnecessary hearing.

[1] 9 U.S.C. §7 “the arbitrator selected…may summon in writing any person to attend before them or any of them as a witness and in a proper case bring with him or them any book, record, document or paper which may be deemed material as evidence in the case” (emphasis added).

[2] Article 1, §8, Clause 3 which states that the United States Congress shall have the power to “regulate commerce with foreign nations, and among States and within Indian Tribes.”