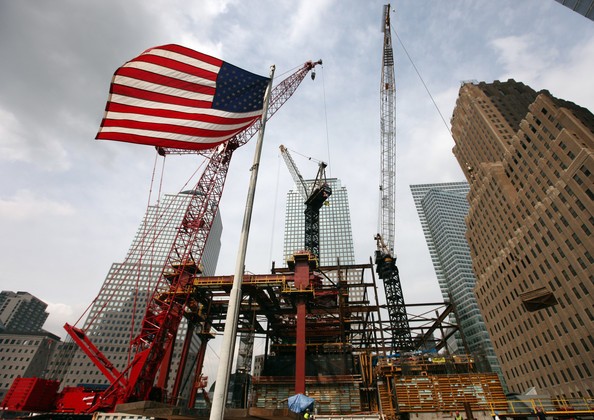 The Equal Protection Clause of the Fourteenth Amendment to the U.S. Constitution requires that public bodies and institutions treat similarly-situated individuals in a similar manner.  The government, therefore, cannot apply a law dissimilarly to people who are similarly situated.  For example, in the mid-1970s, the Medical School of the University of California Davis (a public university) reserved 16 of 100 spaces in its class for “disadvantaged” students.[i]  In the seminal case of Regents of Univ. of California v. Bakke, the U.S. Supreme Court ruled that racial preference was unconstitutional under the Equal Protection Clause because an applicant’s race was an explicit factor in determining disadvantage.  In other contexts, however, the U.S. Supreme Court has found that “mere awareness of race in attempting to solve the problems facing [minority groups] does not doom that endeavor at the outset.”[ii]

In some ways, Section 8(a) of the Small Business Act (the “Act”) resembles the University’s minority enrollment program that was ruled unconstitutional in Bakke.  The statute authorizes the Small Business Administration (“SBA”) to enter into contracts with other federal agencies, which the SBA then subcontracts to eligible small businesses that compete for the subcontracts in a sheltered market.  Only businesses owned by “social and economically disadvantaged” individuals are eligible to participate in the program, but only if those individuals are persons “who have been subjected to racial or ethnic prejudice or cultural bias because of their identity as a member of a group without regard to their individual qualities.”  Although no part of the operative language, the purpose of the Section 8(a) program is “to expeditiously ameliorate the conditions of socially disadvantaged groups” in order to “obtain social and economic equality.”  The Act observes that certain groups have suffered effects of discrimination out of their control, “including, but not limited to, Black Americans, Hispanic Americans, Indian tribes, Asian Pacific Americans, Native Hawaiian Organizations, and other minorities.”

On September 9, 2016, however, the U.S. District Court of Appeals for the District of Columbia upheld Section 8(a) against a challenge under the Equal Protection Clause, finding that “the provisions of the Small Business Act … do not on their face classify individuals by race.”  Rothe Dev., Inc. v. United States Dep’t of Def., 836 F.3d 57 (Sept. 9, 2016).

In this case, Rothe Development, Inc. (“Rothe”) was a small business that bids on contracts from the Department of Defense (“DOD”), including the types of subcontracts that the SBA awards through the Section 8(a) program.  However, Rothe was owned by an individual who had not experienced racial or ethnic prejudice or cultural bias and, thus, could not participate in the Section 8(a) program.  Rothe filed a lawsuit against the DOD and SBA, seeking a ruling that the Section 8(a) program violated its rights under the Equal Protection Clause.  Rothe argued that the Act contains a racial classification that presumes that certain racial minorities are eligible for the program, similar to Bakke.  The DOD and SBA moved to dismiss the lawsuit, arguing that participation in the Section 8(a) program hinged on the race-neutral criterion of “social disadvantage.”  The trial court agreed and dismissed the lawsuit.

On appeal, the D.C. Circuit agreed and upheld the Section 8(a) program against Rothe’s challenge under the Equal Protection Clause, stating that the program “neither contains any racial classification nor mandates the SBA to employ one.”  In dissecting the Act, the Court found that the definition of “social and economically disadvantaged” individuals – i.e. people subjected to racial or ethnic prejudice or cultural bias because of their identity as a member of a group without regard to their individual qualities – does not distribute benefits on the basis of individual race classifications.  Individuals of any race or ethnic background, the Court stated, may suffer discrimination on account of their race or ethnicity.  Furthermore, the Court observed, the Act recognizes that not all members of a minority group have been subjected to racial or ethnic prejudice or cultural bias.  Unlike in Bakke – where being a minority was a prerequisite for consideration in the minority enrollment program – the Section 8(a) program references race, but “it does so not as ‘a floor for participation.'”

The D.C. Circuit concluded that counteracting discrimination is, in certain circumstances, a compelling interest of the government.  In upholding the Section 8(a) program, the Court found it “provides the benefits socially and economically disadvantaged individuals most need to participate on fair terms in the national economy.”

Comment:  Section 8(a) of the Small Business Act is only one of many governmental programs aimed at socially disadvantaged businesses, including the Disadvantaged Business Enterprise (“DBE”) program that was created with the goal of increasing women and minority-owned business participation in federally-funded transportation contracting.  The D.C. Circuit’s recent decision aligns with the Ninth Circuit’s prior upholding of the DBE program against a similar challenge under the Equal Protection Clause.[iii]  While both the Ninth Circuit and the D.C. Circuit observed that these programs could (hypothetically) be unconstitutional if implemented in a manner that gives preference based on race instead of individual experience, neither program is unconstitutional on its face.