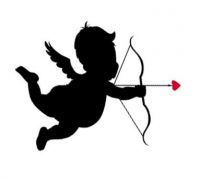 Valentine’s Day is around the corner, a befitting occasion to scrutinize workplace romances.  Employers wary of where cupid’s arrow may strike are concerned about sexual harassment charges.  Therefore, some employers are turning to “love contracts” – or in lawyer terms, a “Consensual Relationship Agreement.”  A Consensual Relationship Agreement is an effort to mitigate the risk of sexual harassment claims from an office romance gone awry by documenting that the relationship is consensual.

Even before President Clinton and Monica Lewinsky had their affair in the Oval Office, and the nervous debate rekindled over appropriate behavior in the hormonally-charged, treacherous American workplace, Consensual Relationship Agreements were being pioneered by West Coast employment lawyers.  At some point during your working life, you may have dated, or even married, someone that you met at work.  If you have not, then the odds are that you know someone who has.  A 1995 survey estimated that 80% of all employees have either observed or been involved in a romantic relationship at work.[i]

Problems With Employees Dating:  Even though romantic relationships in the workplace are common, employers have legitimate reasons for concern about employee dating.  The biggest fear is a sexual harassment lawsuit arising from either a supervisor who has a habit of asking out subordinates on dates, an employee who files a lawsuit after a consensual relationship goes sour, or the perception of co?workers that a supervisor is playing favorites with his/her significant other.

As Amy Stephson reports, the typical scenario involves a higher-up leader who is having a romantic relationship with the subordinate.[ii]  Although the relationship is consensual, and they are in love, when it ends, it ends badly.  If the subordinate is the jilted party (or if the break-up was mutual, but ugly), the subordinate sexual harassment charge could look something like this:

It was not really consensual.  I felt I had to date him/her to keep my job (quid pro quo sexual harassment).  Since we broke up, I have experienced a hostile work environment and/or retaliation, such as the boss does not talk to me anymore, I am not getting the opportunities I got before, my reputation in the workplace is shot, my office was moved to an inferior location, etc.

The supervisor also could experience a hostile work environment or a retaliation if the subordinate starts spreading rumors about the superior, engages in negative behaviors, etc.

“No Dating” Policies:  The employer who wishes to do something about consensual relationships between employees has a couple of options.  The first is to implement a “no dating” policy.  The policy must be carefully drafted to avoid several potential problems.  For instance, under Oregon law, spouses who work for the same employer are protected.  So long as the spouses do not supervise one another, a “no dating” policy enforced against spouses would violate this law.  Another problem arises from concerns about an employee’s right to privacy while off the job.  An employer may violate an employee’s right to privacy by regulating the employee’s private off-work relationships.  The employer is most at risk when trying to investigate or enforce a “no dating” policy by hiring a private investigator to follow the employee around, secretly reviewing an employee’s voicemail, or listening on an employee’s office phone line.

Not all lawyers support these love contracts.  Some see them as inherently coercive, invasions of privacy, lacking in consideration, or overkill.  These types of agreements may not sit well with the employees involved.  It is generally up to the employer to decide if the benefits outweigh the risks.

Human behavior dictates there will always be employees who engage in secret office relationships.  Love contracts have not yet been tested in the courts and with that, Happy Valentine’s Day!?![iii]

PrevPreviousIt’s Time to Rebuild America’s Infrastructure – A Prospective Presidential Candidate Has an Idea!
NextBertha is Stuck and She Remains Mired in ControversyNext
Scroll to Top